UnitedHealth and Anthem in The News this Week

Is your healthcare provider part of UnitedHealth or Anthem?
If so, we recommend you pay close attention to this week’s news.

The two biggest U.S. health insurers by revenue, UnitedHealth Group Inc. and Anthem Inc., are seeking to buy smaller rivals in a merger scramble aimed at cutting costs as the companies cope with the federal health-care overhaul.

UnitedHealth made a preliminary takeover approach to Aetna Inc. in the last few days, people familiar with the matter said. Given Aetna’s market value of about $42 billion, any deal for the company would…

UnitedHealth Has Approached Aetna About a Takeover

UnitedHealth Group Inc. has approached Aetna Inc. about a takeover deal that would likely be valued at more than $40 billion, according to people familiar with the matter, the latest move in a frenzy of merger talks in the health-insurance industry

The approach, in the form of a letter, came within the past few days, according to one of the people. It isn’t clear what, if any, the response was, and it is far from certain there will…

via UnitedHealth Has Approached Aetna About a Takeover 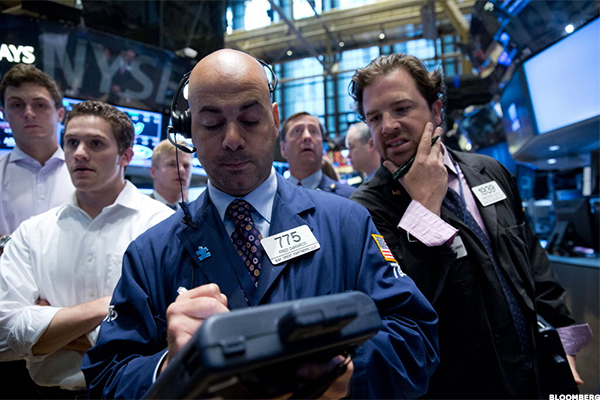 NEW YORK (TheStreet) — Shares of Aetna (AET – Get Report) are higher by 2.46% to $124 in pre-market trading on Tuesday morning, following a report from The Wall Street Journal that UnitedHealth Group(UNH) approached the health insurer regarding a takeover deal that could value Aetna at over $40 billion.

UnitedHealth approached Aetna via a letter within the past few days, sources told The Journal, adding it was unclear what, if any, response was given.

Aetna and other insurers are said to be considering buying Humana (HUM). The Journal reported in May that Humana is looking into strategic alternatives, which includes the possibility of a sale.

Some companies within the health insurance sector are in the process of merger talks as they try to keep up with changes in the industry that will allow them to cut costs.

“They are all trying to figure out how five becomes three. We don’t know which is merging with which but that seems to be the goal. Terrible for the consumer but will the government even realize it?” TheStreet’s Jim Cramer, Portfolio Manager of the Action Alerts PLUS charitable trust portfolio said.

Separately, TheStreet Ratings team rates AETNA INC as a Buy with a ratings score of A+. TheStreet Ratings Team has this to say about their recommendation: “We rate AETNA INC (AET) a BUY. This is based on the convergence of positive investment measures, which should help this stock outperform the majority of stocks that we rate. The company’s strengths can be seen in multiple areas, such as its solid stock price performance, growth in earnings per share, increase in net income, revenue growth and attractive valuation levels. We feel its strengths outweigh the fact that the company shows low profit margins.” Highlights from the analysis by TheStreet Ratings Team goes as follows:

UnitedHealth-Aetna would be the world’s biggest health insurer

In the merger world, no sector is hotter than health insurance. The biggest U.S. carriers are all engaged in a round-robin of talks that that could reshape the five market leaders––themselves the product of frenzied consolidation––into just two colossi, and one odd-carrier-out.

The Wall Street Journal is reporting that Anthem, the nation’s second largest insurer, has bid $175 a share for No. 5 ranked Cigna. That’s a 27% premium; though Cigna has reportedly spurned Anthem’s overtures, its stock has already jumped from $137.50 when the reports broke early Monday, to $152 by mid-day Tuesday. Indeed, investors are giving plenty of credence to the merger-mania scenario.

Humana (ranked fourth among the big insurers) is considered a jewel because of its strength in Medicare Advantage, a private version of the federal program for retirees. Rumors are flying that Aetna (No. 3) is eyeing Humana. The reports have pushed Humana’s shares from around $180 on May 28 to as high as $217, a gain, at the peak, of $5.6 billion.

The industry leader, by a wide margin, is UnitedHealth Group UNH . Given its already immense size, UnitedHealth doesn’t need a deal. It’s extremely strong across the major markets: Medicare Advantage, programs for corporations, pharmacy benefit plans, and back-office outsourcing for physicians groups and hospitals. But now, reports are rife that UnitedHealth is joining the roundelay by courting Aetna AET .

UnitedHealth is a shooting star within the Fortune 500. Its growth has been especially spectacular since its CEO, Stephen Hemsley, began effectively running the enterprise as COO in mid-1999, rising to the top job seven years later. Over that 16- year span, UnitedHealth’s sales have jumped from $17.3 billion to $130.5 billion, catapulting the carrier 84 places on the Fortune 500 to No. 14 on the current list, which ranks companies by their 2014 sales. Since Hemsley took charge, UnitedHealth’s stock has risen 1700%, delivering 19.6% annual returns to investors.

That performance puts UnitedHealth in a position to acquire Aetna. In theory, bigger is the way to go. Greater scale should lower the IT and other overhead costs of recruiting new customers and managing claims. Greater heft would also strengthen an insurer’s bargaining power with hospitals and physician groups, which are also gaining power through consolidation. Such negotiating advantages are especially crucial to gaining share in the rapidly expanding state exchanges established by the Affordable Care Act.

If UnitedHealth were to purchase Aetna, it would boast $189 billion in sales. If the carriers were combined today, they would rank fifth on the Fortune 500, leapfrogging the likes of AT&T (No. 12), Ford Motor (No. 9), and Apple, the current No. 5. That mega-merger would make UnitedHealth the world’s largest healthcare company, a position now held by drug-delivery provider McKesson (No. 11). Only the perennial top two on the Fortune 500, Wal-Mart and Exxon, would be significantly larger than a UnitedHealth-Aetna combination.

Of course, that union could leave Humana an orphan, since Aetna would vanish as a potential acquirer. In fact, rumors of an Aetna-UnitedHealth merger has hammered Humana’s stock from a peak of $217 to around $200 at mid-day on June 16.

It’s impossible to say if such a deal will actually happen. Given UnitedHealth’s fantastic success on its own, and the risks of major disruption from integrating two complex businesses, the merger seems unlikely. Still, investors in both camps are getting pumped. Usually, when rumors of a big merger hit, the target’s stock surges, and the acquirer’s falls. This time, shares of both are rising, demonstrating that shareholders think that bigger would be better, even when it costs the buyer a fat premium. On June 16, Aetna’s shares had risen by about 3% as of 1 p.m., and UnitedHealth gained around 2%. Combined, their market caps surged to well over $3 billion.

Trained as an accountant, Hemsley is a master of using dollops of new capital to generate tons of extra profits. He’ll carefully weigh the extra stock and cash that a merger would require against the added cash it would generate. This cool, Cartesian thinker knows a good deal, and won’t be swayed by deal fever.

via UnitedHealth-Aetna would be the world’s biggest health insurer